Mr H was a 61-year-old pedestrian who had an accident in Huddersfield. He had crossed almost to the middle of the road to reach a pedestrian traffic island when he was hit

Taxi causes injury to a pedestrian in a road traffic accident in Huddersfield, West Yorkshire

Mr H was a 61-year-old pedestrian who had an accident in Huddersfield.

What happened in the accident?

He was crossing the road and had checked to see the road was clear. He had crossed almost to the middle of the road to reach a pedestrian traffic island when he was hit by a taxi on his right knee.

He was knocked completely to the floor. He did not lose consciousness, though was shocked and shaken. He’d immediate pain in his right knee. He was able to get up unaided, though he says it took him a few minutes to do so. As a result of his injuries, he attended his general practitioner.

What happened on the day of the accident?

On impact with the taxi, Mr H suffered felt general trauma injuries to his body after being hit by the vehicle and knocked to the ground.  The pain was primarily to the lower leg, knee and shin but he did suffer multiple injuries. He felt shocked and shaken up.

How was Mr H affected by these injuries?

He attended his General Practitioner a couple of days later as his symptoms had not improved. He was prescribed salicylic acid gel, which he was to massage into the area and was also taking paracetamol. He was referred for a course of physiotherapy.

Mr H says he had constant pain in his right knee, which was bruised. It was relieved by the cooling spray, though was not relieved by any painkillers or creams, provided by his general practitioner. He doesn’t feel physiotherapy made any difference. Nothing exacerbated the pain, and he feels that the knee pain had settled three months after the accident.

Mr H informed Grieves Solicitors that he had aching all over after the accident, especially in his neck and back, which was improved by painkillers and was exacerbated by activity. He does feel physiotherapy helped these pains, which had also settled three months after the accident. He had difficulty sleeping for the first few nights after the accident, because of constantly thinking about it. He suffered no nightmares or flashbacks.

Mr H had worked as a full-time carer for his disabled wife for the last few years. He says that he didn’t stop looking after his wife, though had to alter some of the housework. He would normally do all the shopping once a week, and he said that instead, he had to go out shopping in smaller amounts, several times a week.

Mr H particularly enjoys playing crown green bowling and would normally do this four times a week. He played for the first time several months after the accident.

Why did he choose Grieves Solicitors to help him make the claim?

The case was particularly tricky as our client’s opponents did not accept legal responsibility for the accident straight away.

How was the Claim resolved?

Grieves Solicitors were successful in settling this claim through negotiation without Mr H having to appear in court.

What were the most challenging aspects of the claim?

Legal responsibility was not accepted initially by Mr H’s opponents and legal causation i.e. whether his injuries were caused by the road traffic accident was also disputed creating challenges to overcome to obtain a successful compensation pay-out for Mr H.

How did Mr H benefit from his compensation claim?

If you have been injured as a result of a road traffic accident, please get in touch with our Road Traffic Accident Solicitors at Grieves Solicitors, one of Yorkshire’s leading Serious & Personal Injury Claims firms.

Mr H’s responses in his client satisfaction questionnaire were that Grieves Solicitors were Excellent for Staff Contact, Responsiveness, Professionalism and Delivery.

He stated that the outcome for him was that he received “excellent service.  Very good solicitors firm all-round; thanks for all your great help” 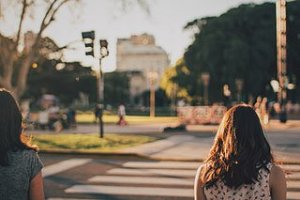 Huddersfield Pedestrian knocked down on pavement in West Yorkshire 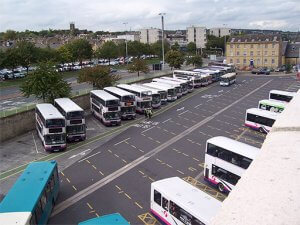